Ramesses II was the most magnificent and iconic pharaoh in Egyptian history. His reign was the longest, the most "monumenta" in buildings and artwork, the most innovative in diplomacy, and even the most procreative, with over one hundred royal offspring. Drawing on the latest research, Peter J. Brand digs deep into Egyptian culture and archeology, revealing the mindset and motivations of Ramesses II. We find what his grand monuments reveal, and equally what they conceal. On the international scene, we peruse the diplomatic letters—often surprising, sometimes amusing—between Pharaoh and the kings of Babylon, Assyria, and the Hittite Empire. A courageous warrior in his prime, Ramesses was also a wise and visionary statesman. He ended six decades of war with the Hittite Empire by signing the first peace treaty in recorded history. In his later years Ramesses II became a living god, and finally an immortal legend. Forty years after Kenneth Kitchen's Pharaoh Triumphant, here at last is a fresh, engaging look at Ramesses II, Egypt's ultimate Pharaoh.

"An evocative and up-to-date account of the life and times of the man whose shadow—for better or worse—had dominated the image of pharaonic kingship over three millennia."

“This book is not merely yet another foray into an attempted biography of a bygone ruler of the Nile Valley. Quite to the contrary, I believe that what Brand has achieved is a marvel. This scholarly work is a new stepping stone in the now two-full-centuries-long history of Egyptology not only owing to its in-depth critical approach, but also as Brand provides a perceptive secondary, or higher-level analysis of historical investigation. Brand’s volume is equally significant as it is a major advance in the field of Egyptology, especially in historical studies of the ancient world. He connects many sources together, all reflecting a disparate aspect and nature such as archaeology, inscriptions, visual panoramas and tableaux, not to mention “lowly” objects such as coffers or jewels and the like, into a coherent and stimulating whole. It is my firm position that Brand’s Ramesses II, Egypt’s Ultimate Pharaoh, will be seen not only as reconfirming the ruler’s importance in world history, but equally as a paradigm for historical studies of the ancient world. The book will become a milestone in historical writing on pharaonic Egypt.”

"No Egyptian pharaoh had arguably as great an impact on Egypt than Ramesses II. Professor Peter Brand’s study provides more than a history of an eventful reign; it looks beyond the image of Ramesses as a great warrior and builder and puts him in a broader context of Egypt, the Levant, and Nubia. The narrative shows how Egypt’s place in the Late Bronze Age was maintained not just by war, but by judicious diplomacy as well. Especially interesting is the description of the negotiations between the Ramesses and the Hittite royal house that led to the peace treaty between the two empires in his twenty-first regnal year and the first diplomatic marriage to a Hittite princess in his thirty-fourth. Specialists and nonspecialists alike will welcome the balanced approach to the critical and controversial issues of his reign: a possible coregency with his father; the Battle of Kadesh; his complex family and many sons; the role of his queens and other royal women; Egyptian exploitation of Nubia and its gold mines; and, finally, his legacy in Egyptian and world history. The even-handed presentation allows a general readership to follow critical issues of the reign, while providing endnotes and an extensive bibliography that add solid scholarly support to discussions. A generous number of illustrations and maps are well deployed and particularly helpful in describing the ambitious building program throughout Egypt and Nubia that marked Ramesses’s reign." 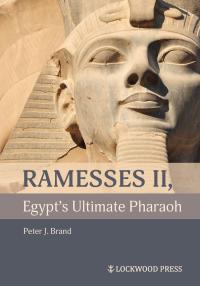